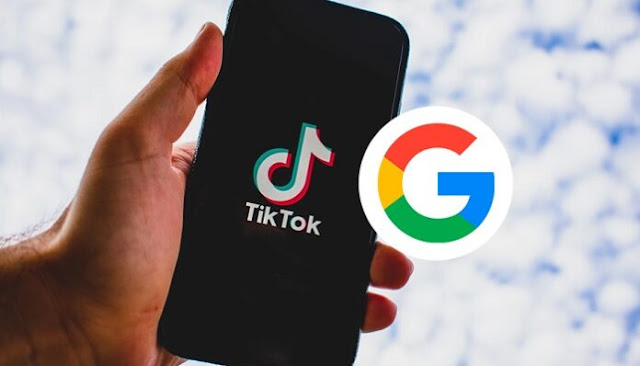 The most visited website by people around the world has just been surpassed by the Chinese social network TikTok, which surpassed Google's web traffic in 2021, which is quite a feat considering that the majority of people use Google as its default search engine and every day it is used progressively. How did all this happen? Find out below.

Despite the multiple concerns with the privacy of its users, the Chinese application has managed to exceed one billion active users, placing it in the first place of most used websites and applications in the world, behind it are Google and Facebook, occupying the first three places. This number is expected to increase dramatically in the coming years.

This makes one wonder if TikTok is here to stay or if Western governments will take steps to regulate its use and its boom era will soon be over. Keep in mind that Facebook came to occupy this place at the time; where it seemed unbeatable, but time has shown that everything can change in an instant and depending on how the company decides to play its cards, it may keep number one for a long time.

Growth of up to 180% among the youngest population

According to statistics, TikTok has managed to increase its web traffic by up to 180%, among which an average age of 15 to 25 years stands out, since the beginning of the Covid-19 pandemic, the Chinese application has seen growth accelerated exponential; like many other virtual platforms.

It seems that people prefer TikTok, over other social networks; due to its diversity and dynamic customization forms.

Among other data, it is known that TikTok has been downloaded more than 3,000 million times on many devices; something that only Facebook had been capable of at the time and that there seemed to be no competition that could beat such a feat. One of the main reasons for its success is its algorithm; that allows a diversity in the content that it shows to its user. Which keeps you for quite some time on your mobile device watching or creating new videos.

With this first position, TikTok is placed above Facebook and other similar social networks; and it is that the result for obtaining this place was quite close for several weeks in which Google recovered its place but finally the application ended up obtaining the podium. With a number of actively downloading and new users, we can only hope that TikTok continues to grow and develop new ways to keep its users on the platform.

In the same way, it becomes the most visited domain, with this many people wonder if TikTok would have achieved this first place if the pandemic had not occurred. And some point out that the growth of the social network simply multiplied due to this and that it might have taken longer if not for Covid-19; but in the same way it would have taken the first place thanks to the growth of its popularity throughout the world. ( Also Read: Tiktok Reaches 1 Billion Users )

According to data from Cloudflare, it points out that the fight for first place between TikTok and Google was quite close, since at the beginning of last year it was the Chinese application that took the lead.

Although days later, Google returned to recover its initial position; However, by the end of the year holidays, TikTok was rebounding and was crowned with the first undisputed place of which it is still a part and it may be difficult to replace it for a while.

This shows the great power that the Chinese application has, something that might not make Western governments very happy; that in the past have already tried to ban or limit access to the social network without success. This is why more and more people are joining willing to make their own content and earn their 5 minutes of fame, which have changed the lives of many; becoming internet memes and getting millionaire job opportunities.

The Future of TikTok

With all this growing data, it can only be said that the future of TikTok is quite good and full of more users. And it is that unlike Facebook, the Chinese company has been able to implement innovative forms of entertainment that hook people; using short videos and fun editing concepts that others have tried to copy without much impact or size matching.