It Is Now Possible To Run Android Applications Within Windows 11 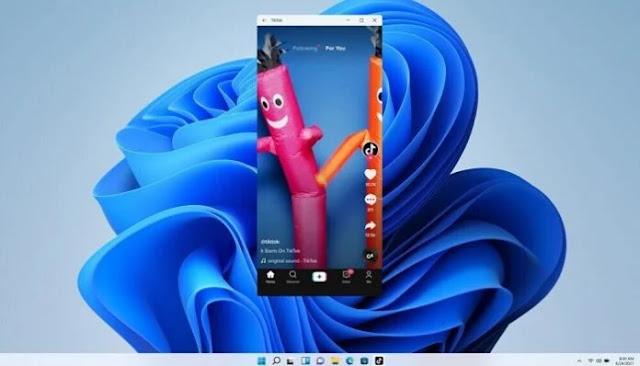 The update has arrived where it will be possible to run Android applications within Windows 11, one of the most anticipated functions of the new Microsoft operating system; that will allow you to open any app of this type natively without the need to use emulators. So far many people have been able to try it and have been surprised.

If you are interested in knowing how all this can be done, continue reading the following article where we explain it to you.

Running Android apps on Windows is already a reality

Finally, the new update has been made public where Android applications can be run natively on Windows 11, something that seemed unthinkable a few years ago, is now a reality and becomes one of the most outstanding novelties of this operating system. Since it will simplify the use of the phone in conjunction with the computer, allowing greater effectiveness in work environments when using applications that were previously mobile.

Since the launch of Windows 11 became official, it was known that it would have the possibility of running natively with Android applications; something that liked and caught the attention of many users, although there was no great expectation and the doubt continued to be latent. It is already confirmed that it is a fact and it will be possible to run both applications in the marketplace and apk downloaded from third parties, something that would have been unthinkable a long time ago.

How to install Android apps on Windows 11

You must log in with an Amazon account and then you will be able to enter a page with the list of Android apps that you can install on Windows 11. Of course the list at the moment is quite limited, but in the future this process will be easier, automatic and with a greater variety of applications.

In this way you will be able to run the applications natively and easily in the Microsoft operating system, with just a few simple steps and procedures.

Recently Microsoft has released the minimum requirements to be able to run Android applications on Windows 11 correctly and without problems.

Among the hardware needed to run this environment is a minimum of 16 GB of RAM; quite a significant amount and in addition to this it is recommended to use an SSD for a better experience. In the same way, an eighth generation processor is needed to obtain the best result.

This seems like a disproportionately small amount, but it does seem to indicate that Microsoft has gone down the path of emulating the Android environment in its own operating system; which has made the resources increase to be able to do it in the most fluid way possible.

This means that a large number of users cannot comply with these characteristics and that at the moment these functions can only be run with a good computer.

How is the integration of Android apps in Windows 11?

One of the things that you have to test once the applications are installed is how well they run and integrate with the operating system, and that is that it even allows you to resize the screen and change the size to your liking. Something quite positive and that gives good use to certain apps.

In the same way, they have a title in the upper bar and it is not possible to put them in full screen, something negative and that contrasts with the aforementioned.

It is also possible to anchor the applications in the form of a grid and the clipboard can be used both in the apps and in Windows 11 itself, helping with certain tasks where you need to copy and paste certain information.

As for the permissions of the applications, they will be created in the same way as on a phone; through notification icons that show which permissions are being used and which you can easily revoke access through a menu.

A world of possibilities for Android on Windows

This novelty puts a full stop in the gap between these two completely opposite operating systems and how Microsoft has been opening the doors to work with these systems based on Linux and open source, since Windows can integrate consoles of this operating system.

Something that is making the company look better than in previous years where it was more reluctant to try new features.